I have some exciting news! We built an interactive events calendar, and it's ready for our paying supporters to review. There are already more than 50 events loaded in the calendar for the next week, and we're just getting started.

We want everyone to have access to this community resource, but we need some help to make this effort sustainable. The calendar software alone cost $200 a month, and that's just a fraction of the total cost of this project. Maintaining a calendar like this is going to take a lot of work.

Right now, there are 143 paying members of Madison Minutes (and we love you all). Once we reach 200 paying supporters, we will take down the paywall on the events calendar and make it accessible to everyone.

In the meantime, we'll share regular updates on our progress toward this goal in the newsletter.

An excerpt from Ian Adcock's review: "Kinetic and visceral, Bigelow’s films immerse the viewer in the tense on-screen action using inventive camera methods. While most directors would have shot Point Break's iconic skydiving scene with greenscreens and wide shots of stunt doubles, Bigelow developed a special camera rig to allow the camera crew to jump alongside the actors. Filming Keanu Reeves and Patrick Swayze actually falling through the air gives the scene a palpable weight, as Johnny and Bodhi respectively take a break from being adversaries to enjoy the sublime thrill of freefall. Similarly, Bigelow modified a lightweight Steadicam for a sequence where Johnny chases Bodhi through narrow back alleys, yards, and houses, giving the viewer a riveting, maze-like viewpoint. The night surfing scenes are shot close up and slowed down to emphasize Johnny becoming admitted into the surfers’ world, while the robbery and chase scenes use fast-cut editing and constantly moving camerawork to disorient and build tension."

Presentation: “Edible Insects – A Journey to the Future of Food”
Tuesday | 8 p.m. | The Bur Oak Free
The speaking portion will be followed by Q&A and the opportunity to snack on insects.

Ice Cream Boat Float
Wednesday | 4-6 p.m. | Wingra Boats
Create the perfect sundae out on the lake! Paddle from station to station to get your bowl, ice cream, toppings, whipped cream and a cherry to create a delicious ice cream sundae.

Presentation: “The WiBee app: The Wisconsin Wild Bee community-science project to count and learn about bees!”
Wednesday | 7 p.m. | Virtual option | Free
The WiBee App is a new citizen science smartphone app designed for growers, gardeners, and nature enthusiasts to conduct short pollinator surveys on flowers and blooming crops.  Join us to learn about bees and how you can participate in this state-wide project on Wisconsin’s wild bees.

Movies on the Water: WALL·E & 2021: A Space Odyssey (1968)
Thursday | 5:30 p.m.  & 7:30 p.m. | The Edgewater | Free
Edgewater is showing movies every Thursday night through August 25. From WALL·E IMDb: "In the distant future, a small waste-collecting robot inadvertently embarks on a space journey that will ultimately decide the fate of mankind." From 2001: A Space Odyssey IMDb: "After uncovering a mysterious artifact buried beneath the Lunar surface, a spacecraft is sent to Jupiter to find its origins - a spacecraft manned by two men and the supercomputer H.A.L. 9000."

Most know Akira Kurosawa as a master director of the jidaigeki, or Japanese period drama during the Edo period, but few of them in the canon are as purely entertaining as his Feudal fable, Yojimbo, from 1961. The improbably charismatic (and Kurosawa regular) Toshiro Mifune portrays Sanjuro, a wandering ronin who stumbles upon a village feuding over resources. As he takes up residence there, Sanjuro devises several schemes to pit gangs against each other. The villagers view his efforts as attempts to root out the town's corruption, but in truth, Sanjuro is doing little more than feeding his own ego. If this all sounds a bit familiar, Sergio Leone essentially recreated the film in his Spaghetti Western A Fistful Of Dollars (1964), replacing Mifune with Clint Eastwood.

They Are Gutting A Body Of Water, Marmalade, Prize Horse

Philadelphia band They Are Gutting A Body Of Water is among a new wave of shoegaze-inspired bands, but also pulls in slowcore tendencies and a dash of fever-dream glitch-pop. The band's 2019 album, Destiny XL, is full of chugging guitars, fragmented notes that blip in and out of focus on songs like "Eightball," while diving deep into electronic inspired soundscapes on "I Would Love You." Minneapolis bands Prize Horse and Marmalade will open this Terrace show. Prize Horse is a new creation from the ashes of former shoegaze outfit Greynier. Its pummeling, moody EP Welder, released earlier this year, plays like a lovechild of early Hum and Slint, and is produced by Gleemer frontman Corey Coffman. Marmalade leans into more indie-pop, but still creates fuzzy choruses with blistering vocals and melodic blips shining through.

Comedian Tim Heidecker
Thursday | 8 p.m. | The Barrymore | $42.50
Tim Heidecker (from Tim and Eric Awesome Show, Great Job! and beyond) was once described as “the poet laureate of delusional assholes” by Vulture. 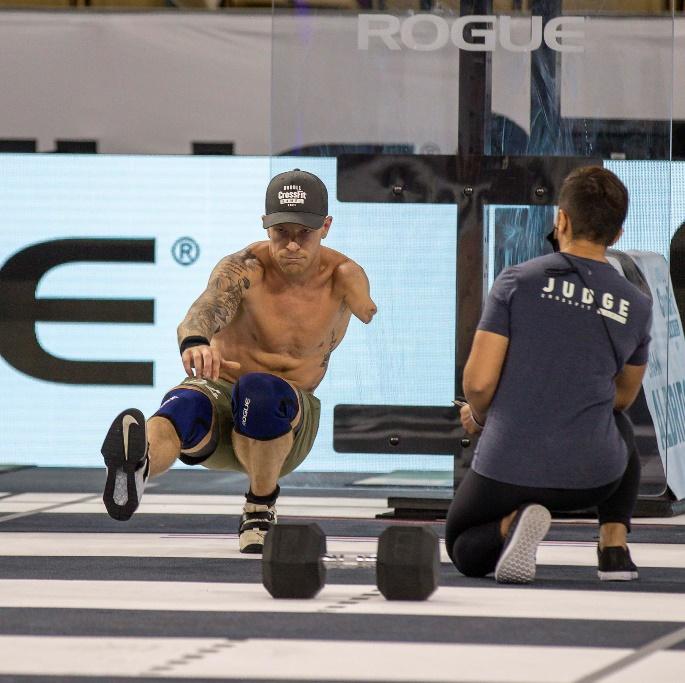 👩CrossFit = Physical fitness for ALL

Madison trio Sinking Suns has spent the last 15 years or so crafting a burly, dread-swamped take on noise-rock. The elements are sparse but effective: the relentlessly driving bass and guttural howl of Dennis Ponozzo, the trebly slash of Scott Udee's guitar, and the grim swing of Gabe Johnson's drums. The band plays here to celebrate the release of its third full-length album, Dark Days. Opening track "Cobwebs" begins with an almost uncharacteristically grand outburst of rumbling toms and ringing guitars, as if the band is limbering up before launching back into its baleful but determined trudge. Dark Days is up to the standard of Sinking Suns' previous releases, and if anything, cranks up the band's embrace of creature-feature atmosphere, especially on "The Artificial Sun" and "Triangles."